The fourth quarter has been ugly for REITs and we didn’t do any better.  Most REITs are in a fairly quiet period as they assemble their 3Q reports, so there has been minimal company news, but this absence was filled with a slew of macro worries.

The economy is simultaneously too good and not good enough as acceptable job growth may give Yellen the green light for December, while GDP growth remains weak enough that new opportunities are not manifesting in any material way.  Broader markets did alright, but REITs fell roughly 4.5% as interest rates rose.  REITs, as measured by the RMZ, were nearly a mirror image of the 10-year treasury yield (^TNX). 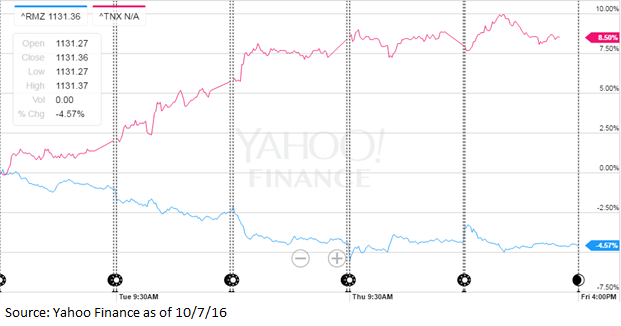 We capitalized on the drop by putting the free cash to work in DEA and AHH which traded down with the market.  Unfortunately, we were too early as the market continued to drop.

While it is always painful to be down this much in a single week, it is not particularly worrying in this case.  We do not yet see any real harm to fundamentals and view this largely as a repricing which will not affect the long run prospects of our holdings. 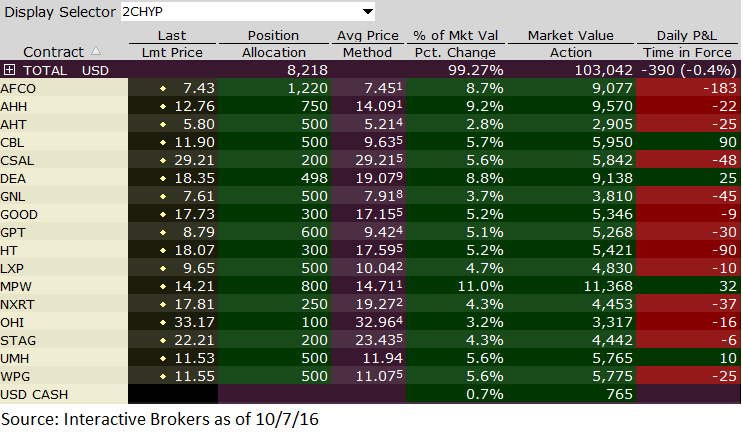 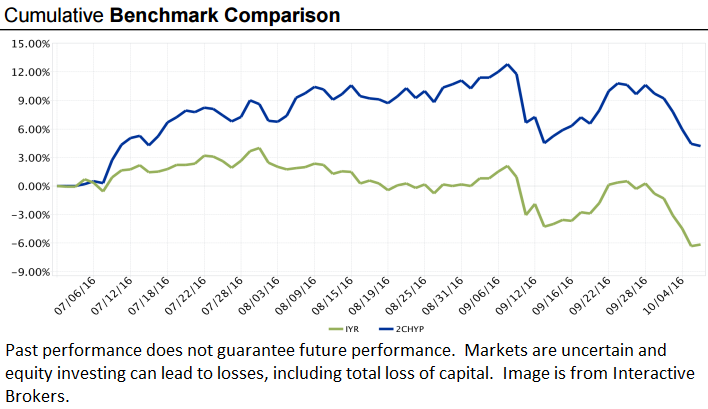 Performance Disclaimer.  Past Performance does not guarantee future performance.  Markets are uncertain and there is no level of return that we can guarantee.  Trading of equities can result in material or total loss of principal.