This may be a lengthy update as there has been relevant news from so many of 2CHYP’s holdings.

Underlying fundamentals have been challenging for hotels so far in 2017 with many of the companies reporting flat or negative RevPAR.  Hersha (HT) outperformed in the quarter with significantly positive growth and its stock price has fared better than many peers.  Sotherly Hotels (SOHO) has not yet reported earnings, but it successfully defeated the Unite-Here proxy vote which would have threatened the profitability of its operations.  This news, along with a sizable dividend increase, helped SOHO buck the hotel weakness and actually move up on the week.

Washington Prime (WPG) had a strong quarter showing positive SSNOI growth in its stabilized properties and was a bit braggadocios on the conference call about its performance.  The market seems to have appreciated the CEO’s confidence (Lou Conforti) with the stock up as much as 4% on earnings day.

Kite Realty (KRG) also reported strong Q1 results but with more cautionary commentary about the rest of the year.

CatchMark (CTT) has yet to report earnings, but its peers have which gives a glimpse of its fundamentals.  Potlatch also has some holdings in the southeastern region for which they portended a weak 2Q but long term strength.  CTT entered into a JV with a Missouri pension fund which we believe will be a source of accretive growth.

Triple nets had a rough week as interest rates rose after the French primary elections suggested Macron to be the likely victor.  As you know, we consider these moves on interest rates to be short term in nature, so we may consider upping our allocation to NNN if prices get lower. 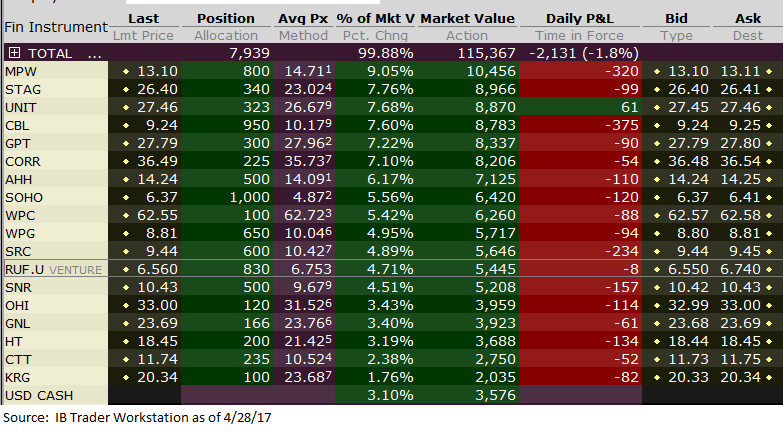 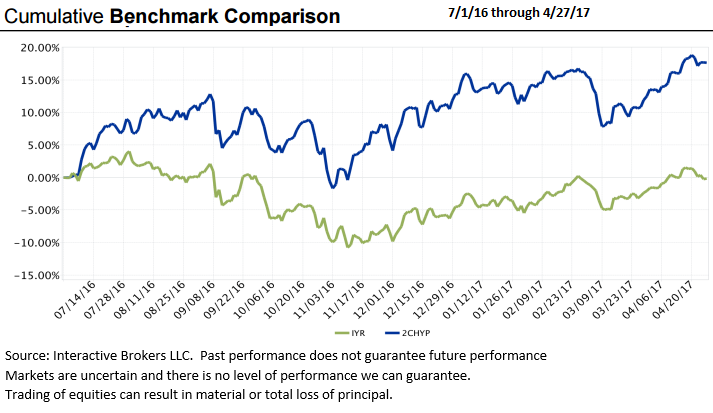