Ever since the original taper tantrum on May 21st of 2013, interest rates have been threatening to rise.  Even with the multitude of Fed hikes that have occurred during this period, the ten year treasury has mostly been bound between 2% and 3%.

The debate has shifted a bit in that it used to be about if and when rates were going to rise whereas now there is a bit more certainty in the market’s eyes.  It is now assumed that 2018 will be the year of rising rates and the delta will likely be substantial in the order of 75 to 100 basis points.  The strong economic and employment data of late has only reinforced this viewpoint and brought back the strange dynamic in which good news is bad news.

In exchange for more favorable GDP and employment, the market must pay the lofty price of losing the Fed put option that has buoyed equities for so long.  I tend to agree with the market that interest rates probably will rise.  My disagreement is in the effect it will have.

Clearly, the market thinks rising rates destroy REITs and many participants have voted with their feet.  What is missing from this viewpoint is the growth that is embedded in the REIT business model.  In 2017, REITs grew their dividends by an average of 5%.  With a seemingly faster pace economy in 2018, the dividend growth this year could be even higher.  Bonds do not grow their dividends so I fail to see how instruments that are growing their dividends at a reasonably fast pace are being lumped in.

I suspect the dip in REIT pricing could continue for a few percentage points lower.  It is tempting to pull out in an attempt to avoid this downside and try to hop back in at the bottom, but therein lies the problem; I don’t know where the bottom is and I don’t think anyone else does either.

The only 2 points that have a reasonable level of clarity are the intrinsic value of stocks and their current market price.  Our estimations of intrinsic value can be seen at the top of each company profile sheet found in the quarterly analytics section of the website.  To the extent that market price is below intrinsic value I find it riskier to be uninvested than to stay in the names.

If I were to pull out and try to dodge this downside, I would risk missing out on the upside between current market price and the fair value.  It is going to be a harrowing ride, but I remain confident that sticking with it will pay off in the long run.

REIT fundamentals continue to look quite strong with a favorable report coming in from Duke Realty which portends strong fundamentals for GPT, STAG, and PLYM.  SPG and KRG reported slightly positive same store growth which greatly contrasts with the doom and gloom of spectators. 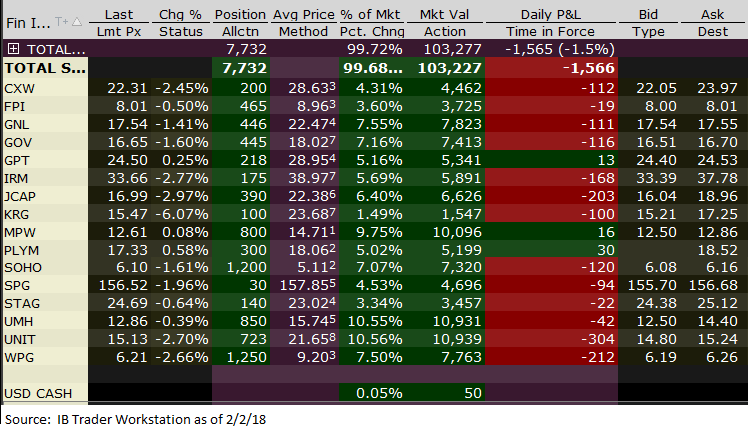 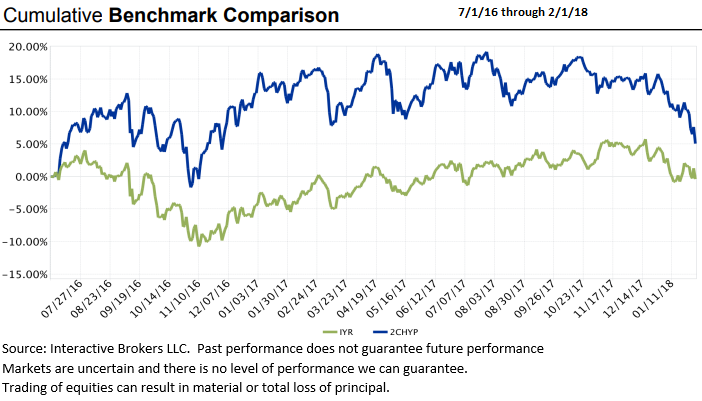