The latest jobs report revealed that February added 313,000 net jobs which significantly beat the consensus estimate of 200,000.  With so much focus on the Fed and the notion that a stronger economy encourages the Fed to go ahead with rate hikes, good news such as this is often construed as bad news.

I am going to go out on a limb and say that a strong economy is actually good news for REITs.  The concept may seem a bit nebulous at a sector level because REITs are so diverse, but if we look at each property type, I think it is a clear positive.

Apartments:  employment is a direct driver of household formation.  The millennial who is still living with his parents may go out and get an apartment when he lands a good job.  Those already in apartments may be better able to afford rent if both partners have a job rather than just one.  This could raise the ceiling on what apartments can charge.

Office:  more jobs means more demand for office space.  Clearly not every incremental job will be in an office as some work from home or other alternate job sites, but it is still directionally a clear positive.

Industrial:  31,000 of the new jobs were in the manufacturing sector which means more goods and services are being produced.  Some being produced in REIT owned industrial facilities and others will travel through REIT owned logistics facilities on the route to the end consumer.  Plymouth reported earnings last night and had their 4th quarter call today in which it revealed strong NOI growth expected in 2018.  I have a call with their CEO tonight to try to understand how much of this growth is organic versus acquisition based.

Healthcare:  19,000 new jobs were added to the sector which has been very tight on labor.  This could ease some of the operating difficulties experienced by the tenants of healthcare REITs.

Retail:  the Toys-R-Us liquidation is overshadowing the jobs reports today with most retail REITs down substantially.  However, the jobs are much bigger news for the sector as Toys-R-Us is just one tenant out of many while a better economy will bolster demand for the majority of retailers.  Of the retail names held in 2CHYP, 0.7% of KRG’s area is leased to Toys-R-Us and WPG has exactly 0 Toys-R-Us locations.

Manufactured housing:  after years of being choked out by regulations, manufactured housing is on the verge of ramping up home sales and site rentals.  Reduced regulations will allow UMH to capitalize on the sizable bank of communities already in its portfolio.  Much like apartments, favorable employment will increase demand for these units.  UMH’s 4Qreport this week was a bit mixed.  Property performance was quite strong but the NOI is not hitting the bottom line the way it should due to a sizable increase in shares outstanding.  A liberal DRIP caused over 4mm shares to be issued in 2017 which is holding down the FFO/share metric.  Fortunately, the shares were issued at prices averaging almost $15, and with the much lower share price now management intends to significantly reduce issuance.

Hotels:  hotels are perhaps the most economically cyclical property type among REITs.  I think most people are already aware that a strong economy is good for hotels.

The negative the market is focusing on is that this greenlights a hike in March and may lead to 4 rate hikes in 2018.  While this is something to keep an eye on, I think a more fundamentally relevant negative is that 61,000 of the jobs were added in construction.  More construction workers reduce the time of delivery for a new property and in some cases the cost of building.  This could lead to supply increases down the road.  It is also possible that many of these new workers are for infrastructure construction.  This would be less threatening and perhaps even beneficial to operating real estate.  Supply problems are specific to property types and to individual submarkets.  We will monitor the impactful supply on our holdings closely. 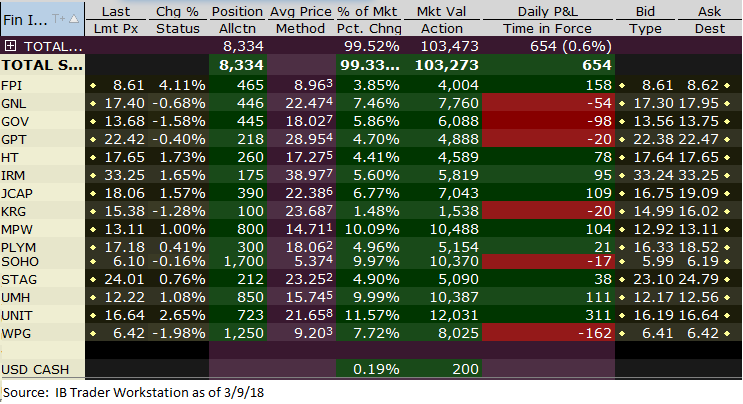 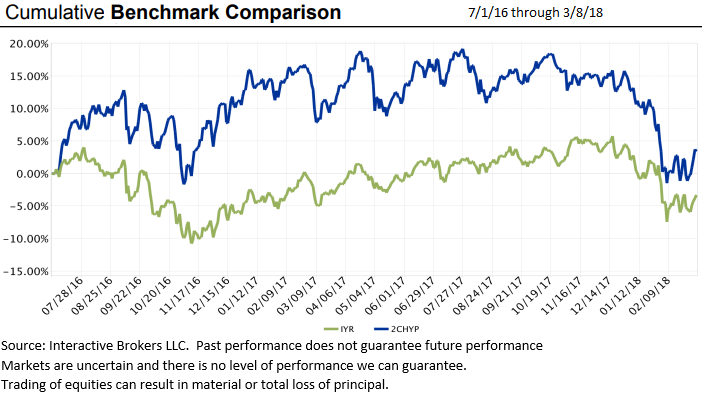