REITs in a trade war

The market is fluctuating over a full percentage point almost every day on differing interpretations of the likelihood or severity of a trade war.  I am no better at guessing the future than anyone else, so I will not wager as to whether or not things will escalate into a trade war.  Instead, I would like to focus today’s update on what happens if there is a trade war.

Out of control tariffs could cause the price of certain goods to rise both as end products and as inputs for other products.  This may hurt consumer products companies that have been relying on Chinese imports as their main supply.  Domestic producers of goods who compete with these imports could be benefitted.  From an overall economic perspective, trade war can lead to inflation, but I think the magnitude of inflation potential is greatly overstated by the media.  A 25% tariff does not increase the price of the imported good by 25% but rather to the next cheapest price.  Perhaps we can import from a different country at only 4% more.

More concerning to me would be a potential decline in exports of specific goods impacted by the tariff.  Soybeans, more than other major crops rely on exports and China is our biggest end market for soybeans.  Again, the magnitude of harm to soybean farmers is overstated by the media, but it would add an additional headwind to farmland which is already struggling to some extent.

REITs are fundamentally isolated from most of the impacts.  As REITs often have a degree of separation from the operating companies that deal in impacted goods, it is unlikely a trade war would impact the bottom line of most REITs.  There are some exceptions, however.

To the extent that a trade war would drive inflation, I think it would help REITs relative to the broader market as real estate is a natural inflation hedge.  For once, it seems the market actually agrees with me with REITs significantly outperforming as trade fears rise. 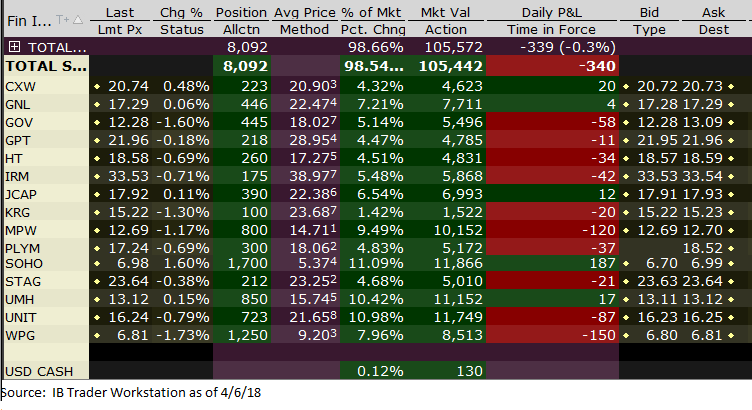 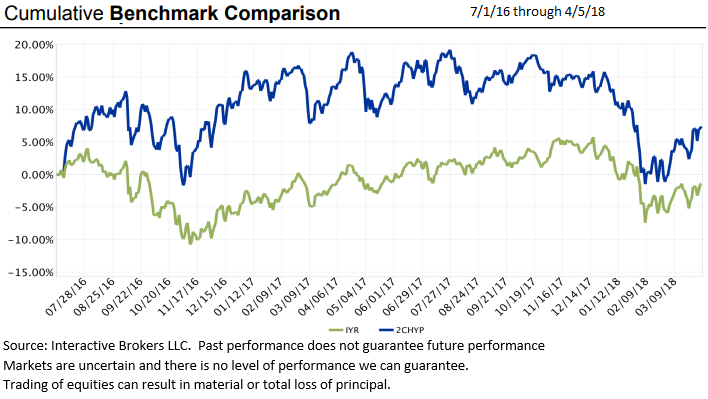