For years, triple net REITs have been an opportunistic area of investment as there was often an unjustifiably large valuation rift between companies with nearly identical business models.  Those who have been with 2CHYP for a long time will recall the times of extreme mispricing in the NNN landscape:  Gladstone Commercial (GOOD) was outrageously cheap with its yield briefly cresting 10%.  W. P. Carey and One Liberty Properties also had their fair share of windows of time when they were cheap.  Eventually, the market caught on and realized that one NNN REIT is fairly similar to another.

With the low end of NNN REITs now trading only a few turns below the high end, much of the mispricing is gone.  GNL stands as our last bastion of extremely high yield triple net, but even it has appreciated materially in recent weeks taking it somewhat close to fair value.  I am confident that at some point mispricing will return to the space, but for now, it appears the opportunity in triple nets has closed.

A similar rift existed among apartment REITs where the coastal REITs with high end properties traded at significantly higher multiples than the class B apartment REITs.  This valuation has also converged.  Mid America Apartment Communities (MAA) and Nexpoint Residential (NXRT) now trade at premiums to some of the Class A apartment REITs.

Fortunately, when one door closes another opens and that seems to be in the industrial REIT space.  If we look at previous recessions, class B industrial properties actually fared better than class A in terms of same store NOI growth (smaller decline).  With higher going in cap rates, there is also more growth potential during good times for class B, yet the class A industrial REITs are trading far more expensively than the class B.  This is a valuation rift quite similar to that of NNN REITs in 2016 and 2017.  People are paying excessive prices for some perceived difference in quality that seems to only marginally show up in earnings.

I am actually somewhat bearish on the industrial space right now, so I think it is more likely that the high multiple industrial REITs will come down rather than the low multiple REITs coming up.  That being said, the valuation rift is large enough that there is room for compression at both ends. 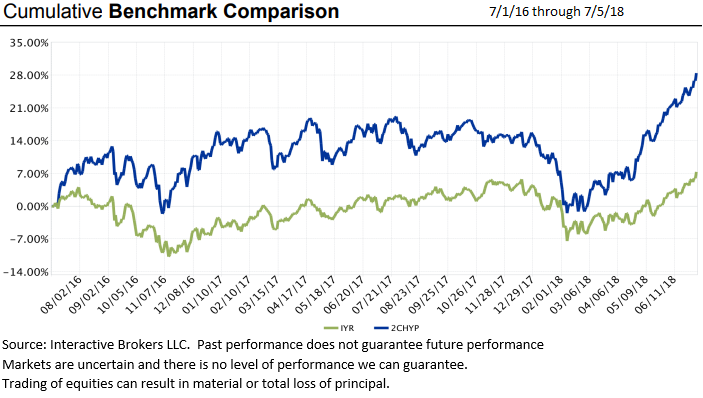