This was another week of impactful fundamental news with many of the companies in 2CHYP reporting 2nd quarter earnings.

Sotherly Hotels (SOHO) had a sizable beat but cut guidance for 2 reasons:

Neither of these disrupts SOHO’s long run NAV story, but we sold some shares as the market price remained favorable allowing us to capture a fairly significant gain.  SOHO seems to be gearing up for acquisitions which I view as risky given where private hotel prices are.  I think it is much better to be a net seller in this market, so I have switched 2CHYP’s hotel exposure over to Hersha and RLJ which are both selling assets at low cap rates.  Over time, I think the dispositions will prove to be highly accretive to both NAV and FFO/share.

RLJ’s earnings were not all that exciting. RevPAR growth was positive and about as expected.  The more important thing here is that RLJ is sticking with its aforementioned disposition strategy.

Core Civic had strong earnings which included a guidance raise and hints of occupancy growth.  Additionally, CXW seems to be on the cusp of more public-private partnerships with a variety of states.  The market’s response to earnings was a mild drop which indicates most investors were already aware of the company’s fundamental trajectory.  Perhaps the growth is not as rapid as some were hoping, but I feel comfortable as the growth is quite solid relative to the cheap multiple at which CXW trades.

Plymouth has been overshadowed for months by the public’s knowledge that an equity raise was coming.  Even when PLYM executed the raise last month, there was some remaining hesitation as more equity will be issued at some point.  Fortunately, the earnings report brought fundamentals back into focus and revealed strong leasing with rollups across the portfolio.  This was the first quarter where PLYM was able to demonstrate that its AFFO is covering the dividend.  It traded up materially following the report and the healthier state of the dividend should continue to provide support for the stock price.

UMH Properties’ report was similar to the first quarter in that stellar property level performance was somewhat drowned out by equity issuance, muting the impact on per share FFO.  However, what is being overlooked is the impact on UMH’s leverage ratio.  Through its recent equity issuance combined with the strong fundamental performance, UMH has managed to reduce leverage to well below the REIT average without harming FFO/share.  This opens up the possibility for rapid FFO/share growth once UMH decides to take on low cost mortgages that will soon open up to their properties.

Uniti missed on its earnings, but the overall result was excellent.  The miss was one time in nature due to revenues from its recent deals coming in a bit later than expected.  UNIT accomplished 2 things this quarter:

Uniti’s growth strategy is unlike that of any other company; they intend to turn fiber into a multi-tenant asset.  This is reminiscent of the early cell tower days when the predecessors of the tower REITs pioneered the concept of having multiple carriers on the same tower.  It turns out that it is more efficient to share the same infrastructure among 3 providers than to have each provider build their own tower.  The concept took off and the tower REITs have had somewhat extreme outperformance over the past decade.

Well, fiberoptic cables are similar.  More information can be transferred in parallel than any single user is attempting to transmit.  As such, utilization rates for UNIT’s fiber are around 20% to 30% leaving massive excess capacity for additional tenants.  UNIT suggested previously that there was potential to lease up this excess capacity at extremely high margin, but this concept was largely theoretical.  In the 2Q18 report, UNIT proved the concept through leasing up some of its excess capacity.  It was a small amount that will only marginally impact the bottom line, but it served as a demonstration of what is possible.  UNIT has the potential to grow revenues organically through leasing the assets it already has.

Its new sale leaseback with CableSouth furthers this idea as a portion of the acquired assets are free for UNIT to lease to additional tenants.  A going in cap rate above 9% makes the transaction immediately accretive.

Windstream’s earnings report took a sizable amount of risk off the table as WIN’s adjusted OIBDAR went up to $507mm for the quarter.  Reduced churn along with margin improvements signal that WIN might have stabilized.  There is still some risk from the outstanding court case with Aurelius, but much of the fundamental risk has been mitigated.  This was a big step in showing both that WIN can afford UNIT’s lease and that the entity that would take over WIN in the event of bankruptcy would likely affirm UNIT’s lease.

Between the proof of concept and the improved health of WIN, I think UNIT should have traded up far more than the couple percent that it moved.  There is real potential that UNIT will be a true growth stock, which makes its 7.5X AFFO multiple highly opportunistic.

Farmland Partners had an interesting report that sent shares down as much as 20% in after hours trading.  On Thursday, it opened down double digits and quickly worked its way back up to almost flat as the report and conference call were digested.  The news items that caused the initial sell down were as follows:

In isolation this looks ugly.  So why did FPI recover to about flat?

Well, the dividend cut is opportunistic in nature.  The retained capital along with proceeds from asset sales are intended to be used to buy back shares through its expanded buyback authorization.  Given that FPI’s NAV is somewhere north of $10 a share, buying shares back in the $6 range is clearly accretive.  On the earnings call, Paul Pittman succeeded in getting the market to buy in to this strategy.  I am inclined to agree with the buybacks.  While I liked the big dividend FPI used to have, buybacks are more accretive over the long run.  USDA data confirms that FPI’s farmland is actually appreciating in value slightly despite the difficulties facing the farm economy.  This suggests there will be significant gains on sale as it disposes of select assets.  I believe further sales will demonstrate that its NAV is in fact over $10 and it could stimulate price appreciation. 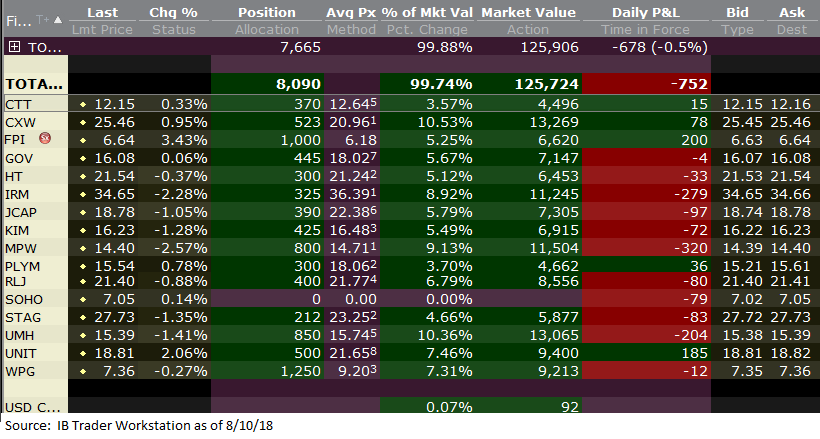 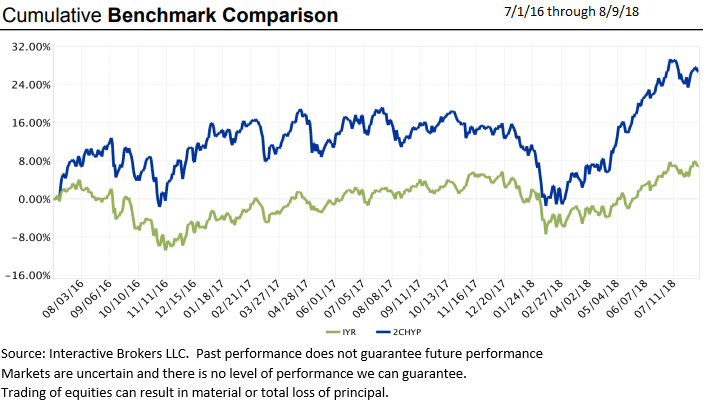