Jerome Powell’s speech this morning provided some good insight into where the economy is headed.  He seems to agree with the stock market that GDP growth is set to remain strong, yet there were dovish tones to his commentary as he did not seem worried about inflation or overheating.  In brief, this seems to suggest that rate hikes will continue at a gradual pace until reaching a neutral state.

Technically, the neutral state is where the Fed is neither accommodative nor restrictive, but what does this mean in terms of numbers?  Powell has previously talked about the new neutral rate being lower than it has been in previous cycles and many people including myself thought this meant a neutral rate of about 3%.  However, with the 30 year Treasury at a yield of less than 3%, hiking the Fed Funds rate to 3% would mean inverting the curve.

I am not convinced that an inverted curve can be a neutral state, yet it seems like the long end of the curve is almost entirely unresponsive to Fed rate hikes.  I suspect the reason for this is that the US is so far ahead of the rest of the developed world in terms of interest rates.  With Europe and Japan still having near zero rates, US treasuries look great in the high 2% range.  Thus, even if the Fed keeps hiking I think there will be enough foreign capital coming in that the long end can remain about where it is today.

If the long end does remain below 3% I think the market’s concerns about capital flowing out of REITs and into treasuries will be thwarted.  Instead, I would tend to focus on the fundamental concerns which are more specific to individual companies.  Continued Fed hikes will increase the cost of carrying variable rate debt, so REITs that rely to heavily on floating rate financing may be hurt.

In this regard, UMH and GNL are well positioned with long term fixed rate debt.  UMH has a sizable pipeline of access to cheap Freddie Mac debt and GNL will continue to have access to European debt which could remain cheap even if debt in the US gets pricey.  As the flattening yield curve plays out, we will continue to monitor all the positions in 2CHYP for signs of stress. 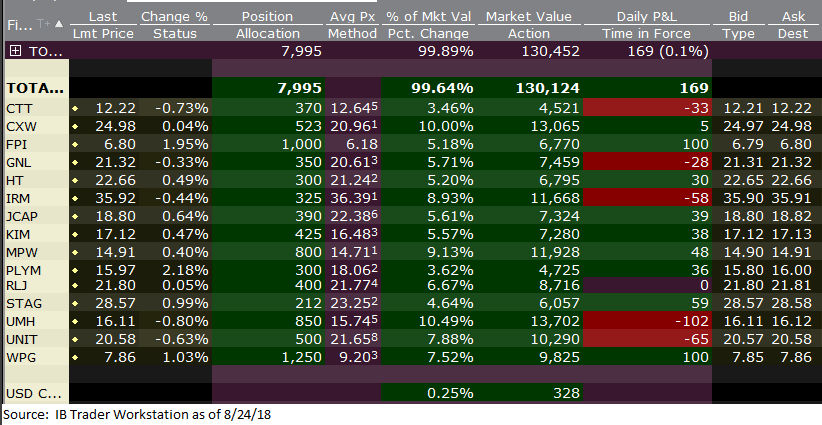 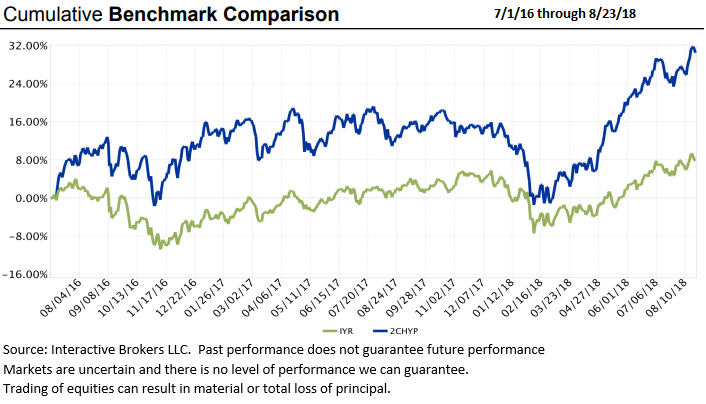