REITs in a falling stock market

REITs have held up far better than the broader market in recent months and I have some theories as to why.

The broader market valuations got extremely stretched as FANG and other high flyers seemed to have no ceiling on their multiples.  In contrast, REITs remained cheap relative to their history.  Thus, as overvalued stocks began to unwind, REITs evaded the downdraft.

While the broader market was gearing up for growth mode, REITs have generally hunkered down in defensive posture with reduced debt and better balance sheets than they have had historically.  REITs have also termed out their debt with long term fixed rate mortgages.  Quite simply, the increased scrutiny on REITs in a rising rate environment caused them to be better prepared for rising rates than the S&P.

Real estate is a local business that is primarily influenced by the strength of each submarket.  Trade concerns have little impact on most REITs.

REITs predominantly own US based real estate where they receive rents in US dollars.  They have reduced currency risk relative to the S&P 500.  With exception to the hotel subsector of REITs, economic weakness abroad has a significantly mitigated impact on REITs.

Uncertainty generally makes investors uncomfortable and causes selling.  REITs have more contractual cashflows than the broader market which improves visibility into future earnings.  This causes REITs to feel safer and some market participants are storing their money in REITs until the market volatility subsides. 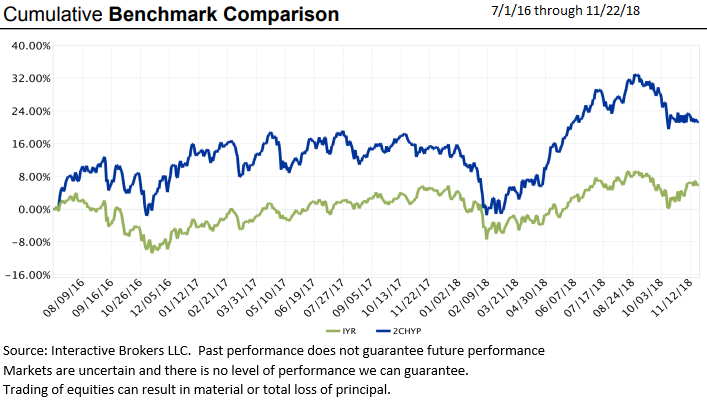