November added 155,000 jobs compared to a forecast of 198,000 and the unemployment rate remained unchanged.  This number is strong enough to indicate that the economy is still growing, but weak enough that it might soften the Fed’s approach to interest rates.

Wage inflation looked quite a bit stronger, coming in at 3.1% year over year.  This was somewhat expected and has already been heavily discussed in earnings calls.  In particular, healthcare, hospitality and retail REITs have been impacted by wage inflation.

This is a strange point in time in which the economy and fundamentals are steady but market pricing is volatile.  This week featured days in which REITs were down over a percent and yet they were up 2.5% on Thursday.  There is no clear direction to the movement, just a rapid fluctuation about similar levels.  In this environment we like to take advantage of the volatility by buying the dips in securities that we already know and feel comfortable owning.

This was essentially the idea behind buying more GNL.  Its fundamentals are about as steady as it gets so price movements represent a delta in the disparity between market price and intrinsic value.  When the discount gets large enough we buy more and at $20.15 where we bought this week we feel the disparity is quite large.

Our healthcare REITs, MPW and GMRE, have had a nice run-up lately and while we continue to like their fundamentals, these may serve as good sources of capital if more buying opportunities arise. 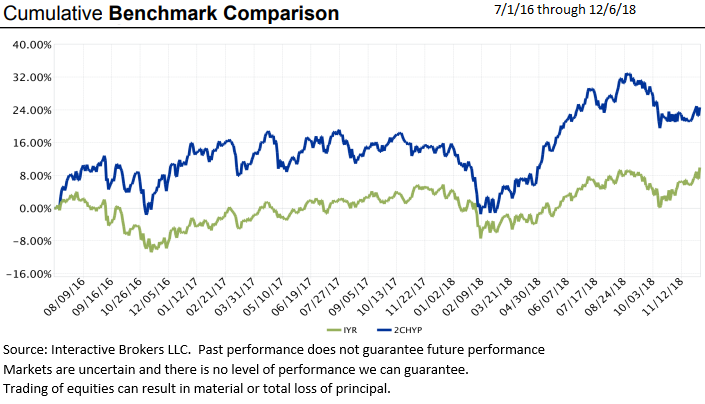