Earnings season often brings opportunity through a combination of price volatility and fundamental discovery.  This week’s earnings reports created fertile ground for trading and our earnings updates can be found in the portfolio analytics section of the website.

Macerich reported what I view as quite strong results in the things that matter most.  Sales per square foot is the most direct measure of the fundamental value of real estate.  If a tenant is closing a store in a mall with over $700 of sales per foot, there is something wrong with that tenant, not with the real estate.  $700 of sales per foot can only exist when foot traffic is healthy and the location of the mall is populous and affluent.

There will be plenty of tenant bankruptcies in 2019, largely caused by the retailers being overlevered and this will cause significant revenue disruption and capex requirements for the retail REITs, but these are short term problems.  The value of retail real estate is determined by its ability to generate sales and Macerich has some of the best malls in the country.

When the weaker retail operators are cycled out and better operators brought in, FFO/share will recover and capex will return to historically normal levels.  Macerich was on sale this week at just over half of its fundamental value so we scooped up some shares.  Kimco held its share price against the retail downdraft, so it made a good source of capital to swap into the MAC.

Ventas (VTR) has long been considered the gold standard of healthcare REITs but it is faltering.  Continued weakness of its senior housing portfolio was brought on by the onslaught of supply in the space which is only worsening heading into 2019.  VTR’s guidance was well below consensus.

Medical office and Hospitals are the bright spots of healthcare real estate which is where GMRE and MPW are focused.  While we continue to be impressed by MPW’s execution, it would appear as though the market is also impressed which has reduced the disparity between market price and fair value.  As such, we trimmed the shares and put the capital into timber where a greater disparity exists.

Weyerhaeuser (WY) is arguably the cheapest timber REIT at the moment despite its tenure and size.  Pessimism is rampant among commodities from a combination of trade war fears and low current pricing.  The point of maximal pessimism is often the best time to get in on cyclical industries.

I don’t know when the trade war will end and I don’t know when labor shortages will stop bottlenecking the homebuilding industry, but I think it is clear that neither of these forces is permanent in nature.  Timber prices and lumber prices will eventually recover and when they do, WY will be worth significantly more than today’s price. 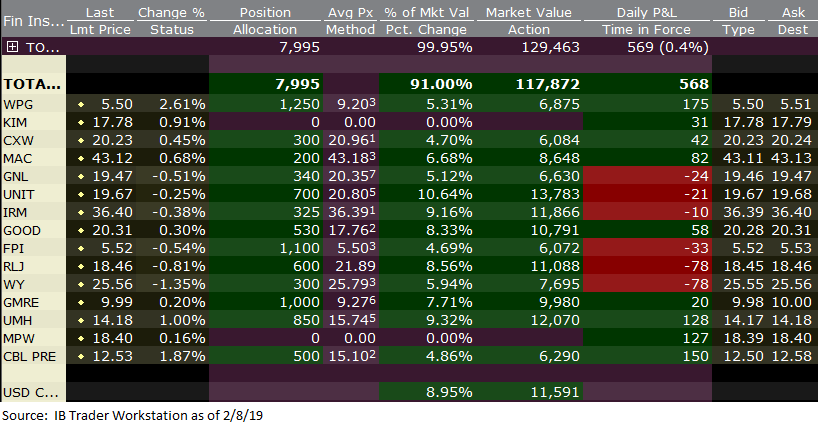 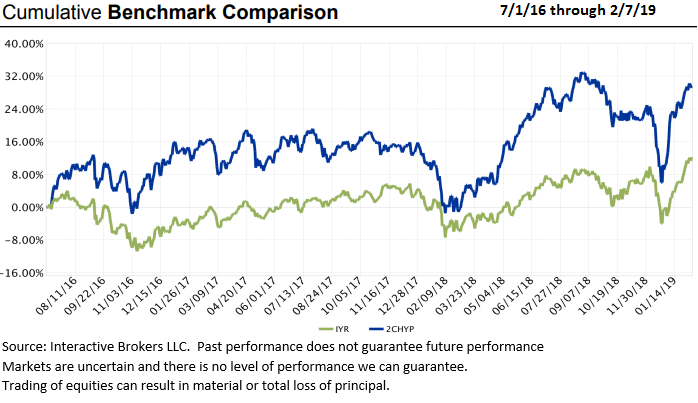