As you are probably aware, Uniti dropped materially this week on news that Windstream lost its case against Aurelius.  I want to take a bit to clarify what this means for Uniti.

UNIT was not directly involved in the case and there is no direct financial harm to UNIT.  Instead, the trial outcome may increase the chance of future harm in the form of loss of the lease to Windstream.  As of today, the lease contract stands.  WIN is still scheduled to pay the full amount.  There are some pathways being discussed by various pundits which could eliminate or reduce this source of cashflow and I want to highlight some of what those could be.

There is a good bit of uncertainty in how all the events will play out and this is clearly a risky stock.  I have chosen to hold on to the shares of UNIT because I believe the scenario weighted outcome is of greater value than UNIT’s current market price.  This estimation is based on the following sensitivity analysis.

The major risks with UNIT are that the Windstream lease is likely above market rate and that the counterparty (WIN) has weak credit.  The surviving entity in the event of Chapter 11 would have much better credit than WIN and the lease would be more secure having been affirmed or renegotiated.  Thus, I suspect the stabilized multiple for UNIT once the smoke clears is around 15X AFFO.  What the AFFO number looks like depends greatly on the resolution.  As you know, the WIN lease is a substantial portion of revenue and is greater than 100% of the AFFO.  Thus the sensitivity is high.

The best feasible outcome would be WIN going through Chapter 11 and affirming the lease in its current form.  UNIT’s AFFO would remain untouched and it would be worth just over $37 a share.

In the event the lease is renegotiated or the assets get re-leased to a different entity, I suspect there would be some level of haircut given that the lease is argued by most to be above market rates.  The concept of market rate is a bit nebulous here as there is no possible comparable lease to look at given that in many regions UNIT’s fiber is the only game in town.  Given the opacity of “market rates” I have put a wide range of outcomes in the scenario analysis ranging from 75% of current revenue to 30%.

Right now, the market price of UNIT is implying that the most likely outcome is a 50% haircut.  I believe it is better than that as lease affirmation in bankruptcy court still strikes me as a likely outcome.

Clearly, there is uncertainty here and I do not profess to know what the outcome will be.  I am merely making an estimate based on the available information.

Some more 4th quarter earnings reports came in and we have posted updates in the portfolio analytics section of the website.  I was quite impressed by Core Civic’s report as a wide array of new revenue sources seems to have opened up.  Shortly after earnings CXW announced a dividend raise. 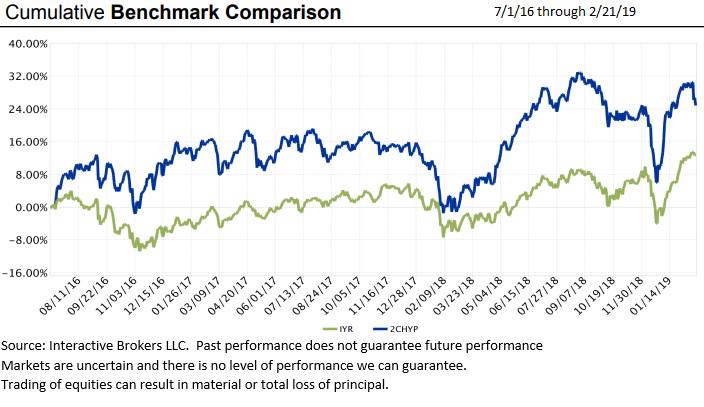