The 3rd quarter is coming to a close and it was a bit of a roller coaster.  2CHYP had large gains in January, followed by a weaker February and early March.  In the last couple weeks of March the portfolio has returned to strong performance.  While market prices are all over the place the fundamentals were generally steady.  I believe the wild palpitations were caused by sentiment shifts.

Sentiment on high yield has been getting lower and sentiment on small caps has been declining.  As small cap and high yield stocks got cheaper we increasingly angled 2CHYP toward these securities.  We were a bit early as both areas continued to dip, but now the valuation difference is extreme which should serve as a tailwind.

I believe we are on the cusp of a favorable inflection point.

It is always hard to tell when sentiment will normalize, but the forces that were moving sentiment negative have subsided.  Rising rates had been causing an exodus from dividend stocks and the ETF boom had been causing small cap underperformance.  Rates are now falling and could remain low for a long time.  This will send investors back into dividend stocks.  Slow global growth predominantly impacts large caps which could lead to investors targeting domestically focused small caps.

With heavy allocation to value, small cap and high yield, we believe 2CHYP is well positioned for the present environment.  Stay tuned for the quarterly portfolio analytics which will dig into the positioning of the portfolio and why we picked each stock individually. 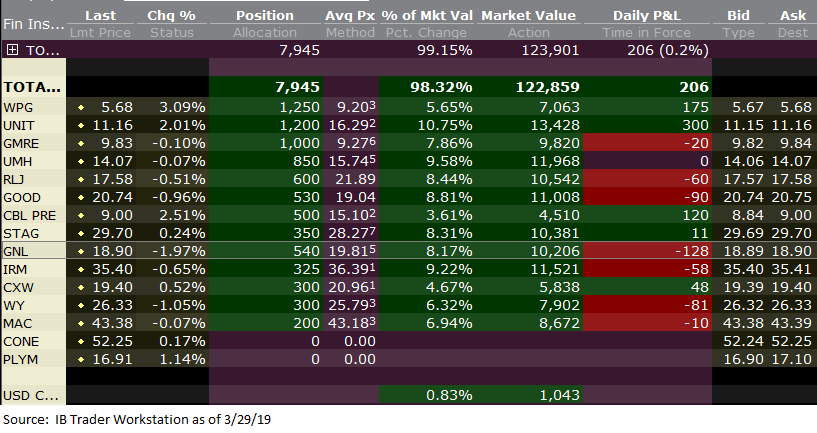 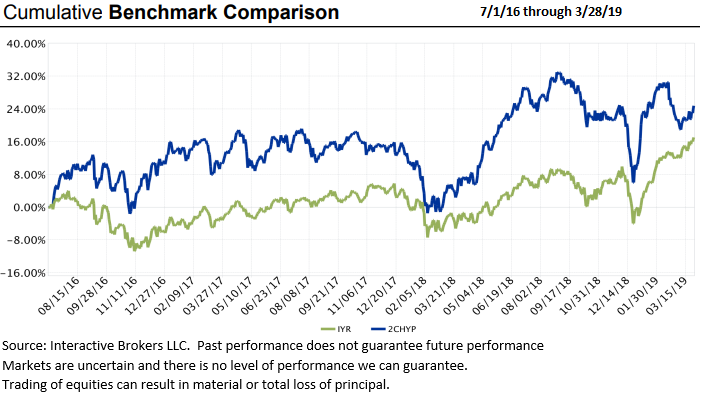