Capital flows, in the short term, are often more influential to market prices than are underlying fundamentals.  A clear example of this is RLJ Lodging which had outperformed fundamentally with an earnings beat and raised guidance, yet its market price has lagged.

Why is RLJ down?

I believe it is a result of Cohen & Steers selling 11.8mm shares over the past couple quarters.  That is roughly 7% of outstanding shares and it can be hard for the market to handle that much volume that quickly.  The good news is that Cohen & Steers is almost out of the position so the selling pressure should abate shortly.  This should allow RLJ to rise back up toward its fair value.

2 other 2CHYP holdings have had their market prices harmed by capital flows: UMH and CXW.

A major holder of UMH died and his large position has been bled off.  Core Civic has suffered from a growing number of ESG sellers.

The common thread here is that the selling activity is not fundamentally related and has increased the rift between market price and fundamental value.  Capital flows are naturally undone over time.  Once a seller is out, the selling they were generating is finished.  Eventually, these companies find new interested investors and their prices can recover.

CXW announced yet another contract with the US Marshalls/ICE that is guided to be slightly accretive to the bottom line in 2019 and more accretive going forward.  This continued positive fundamental momentum bodes well for dividend growth in the near term. 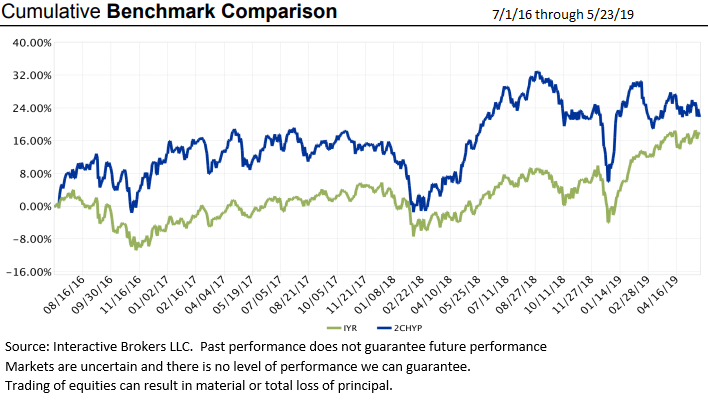