We had a productive week, meeting with most of the REIT CEOs of the companies we trade. Below, I will share some of the more impactful meetings.

GMRE:  GMRE’s CEO is not a healthcare specialist, but rather a broader analyst who moves into spaces opportunistically.  GMRE was founded to capture the opportunity he saw in the MOB space.  His lack of healthcare specific knowledge is managed through the hiring of a tenured CIO who essentially runs GMRE.  This is a formula we have seen work quite well in the past with NXRT which also has a hands-off CEO with talent underneath.  If things go well, the path we see for GMRE is it growing to $1-$2B in assets, expanding its multiple closer to DOC or HTA and selling the company.

CXW:  We continue to be impressed with the professionalism of management and there is substantial opportunity to reduce vacancy and improve the bottom line.

IRM:  I was a bit disappointed in Bill Meaney’s explanation of the payroll errors made in Q1 as the nature of the problem reveals weaknesses in internal controls.  The good news, however, is that the problem has been fixed and revenue outperformance has allowed full year guidance to remain unchanged.

STAG:  Same as the past 5 years.  Acquiring accretively and growing FFO/share.  One change of note is a slight pivot to higher growth acquisitions with lower going-in cap rates.

UMH:  Organic fundamental growth remains impressive, outpacing that of peers and Sam Landy seemed to believe that would continue.  There will be drag in 2Q19 from the underlevered balance sheet due to the proceeds of the preferred offering not yet being deployed.

WPG:  Washington Prime is extremely differentiated from other mall REITs.  They tackle the reduced foot traffic to mall problem directly through holding over 400 self-produced events in their malls.  No other mall REIT does anything like this.  Another point of differentiation is their incentivization of leasing agents with cash rewards for finding experiential tenants.  This is why WPG is bringing in more entertainment and less apparel than peers.  This style of management is unprecedented so it is hard to determine what the ROIC of hosting events in their malls will be, but I suspect it will go a long way to increasing foot traffic and thereby supporting the leasing effort.

GOOD:  Nothing new.  Sitting back and collecting rent.

RLJ:  In addition to a sizable stock repurchase program, RLJ has some high return conversion opportunities and asset repositioning.  Proceeds from their dispositions will be divided between these buckets.  There may be some near term FFO dilution as sales cap rates will be rather high due to RLJ selling its worst hotels.

Overall, we feel good about the fundamental outlook for our REITs. 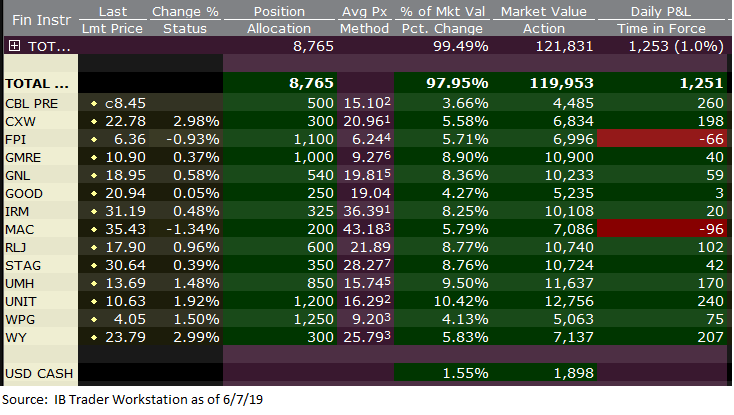 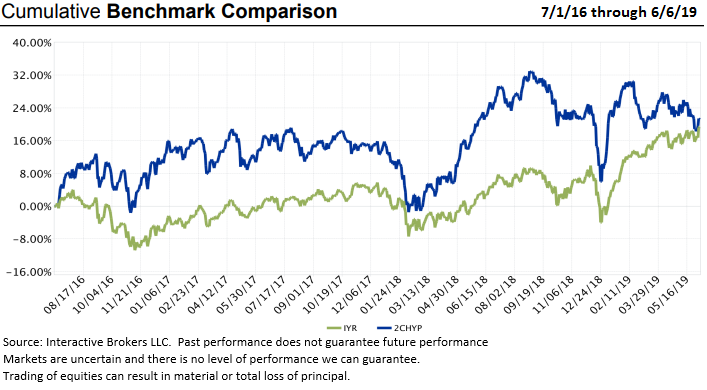