Rents and occupancy are still broadly increasing, but the Fed Funds rate appears to be going back down.  This will allow the organic growth embedded in REIT portfolios to translate into bottom line growth.  Importantly, REITs are positioning intelligently to help this favorable environment last long into the future by locking in low cost debt for a long duration.

GNL recently secured $120mm Euros at a fixed rate of 1.383% until June of 2024.  Additionally, back in February, GNL borrowed $74mm Euros at EuroBOR + 1.40%, most of which was fixed through swaps at 1.8%.  This is an astoundingly cheap cost of capital that GNL is putting to work at cap rates ranging from 7% to 8.5%.  spreads between cost of capital and ROIC of this magnitude are rare and very accretive.

A declining Fed funds rate will help any REIT that has variable rate debt as the cost of capital will decline in parallel shift when the cut occurs.  2CHYP REITs will benefit disproportionately as our stocks on average have a modestly higher use of leverage when compared to the index.

UMH Properties is not yet benefitting from low interest rates as their recent delivering has reduced debt to a negligible amount.  However, they are on the verge of attaining large quantities of cheap Fannie debt which becomes available as their communities stabilize above 80% occupancy.  At REITWEEK, Sam Landy and Anna Chew (CEO and CFO) discussed this strategy with us and they anticipate leverage increasing significantly through Fannie loans.

Given how low leverage is today, it will remain modest, but the recapitalization at very low rates should be meaningfully accretive to FFO/share.

Land, which 2CHYP has exposure to through FPI, FPI-B and WY benefits disproportionately from lower rates as land trades at cap rates around 4%.  Assuming that cap rates move in tandem with interest rates, a 25 basis point change is more impactful on a 4% cap rate than it is on other property types with higher cap rates.  If land continues to trade at the same spread above treasuries, the cap rate could move to 3.75% which would increase NAV by nearly 7%. 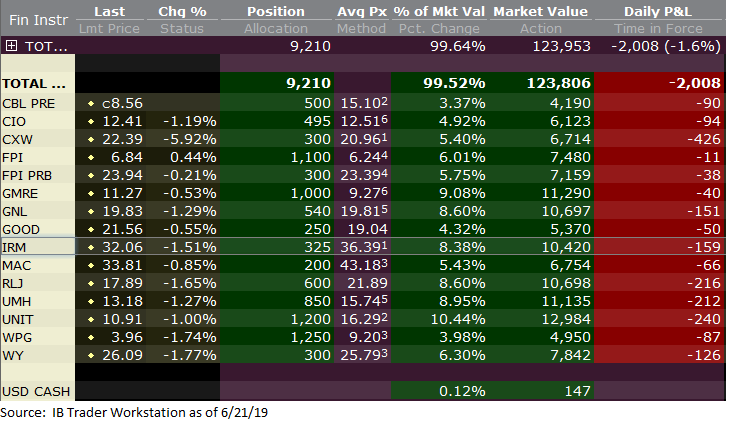 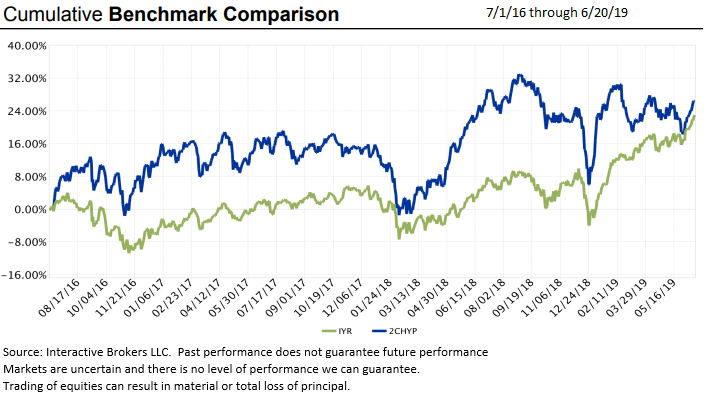