Looking across REITs as well as the broader market, high yield is becoming harder to find.  However, there are still pockets of underpriced yield if one gets a bit creative with different levels of the capital stack or looks outside of traditional areas.  In recent weeks, we scooped up 3 solid yields that are, in my opinion, significantly underpriced.

CIO is among the faster growing office REITs with a healthy acquisition pipeline and strongly positive same store NOI growth, yet it trades at nearly the lowest multiple in the sector.  We are not bullish on the office sector and remain underweight office relative to the index, but I think CIO stands out as a better opportunity.  Phoenix, Denver, Tampa and Orlando, CIO’s top markets, are rapidly growing jobs and population which bodes well for future leasing.

Going up the capital stack

We sold Farmland Partners common in favor of the preferred.  Crop plantings in the Midwest were significantly delayed by excessive rainfall with many areas unable to plant at all.  Yields will be quite low compared to the record harvests we have had in recent years.  Oddly, the market has viewed this as a good thing with FPI common rising materially.  The market’s misconception likely came from equating commodity prices with the health of the farm economy.  Both corn and soybean futures rose materially on news of weak yields.

Here is the problem

Commodities are global and the weak yields are unique to the U.S.  Brazil is having a record safrinha corn crop which the USDA estimates at 101 million tons.  Argentina is also coming in with a strong crop.  Thus, U.S. farmers will be selling low volume into a only marginally improved commodity price market.  Farmer revenues are the product of volume and price and the product looks low to me.

This is not going to impact the value of FPI’s assets, so the preferred will still be well protected in both its dividend and its liquidation preference.  It will, however, impact the next few quarterly earnings which could take a toll on the common share price.

Triple net REITs are all the rage right now because they exhibit many of the same characteristics as bonds, but with higher yields.  Thus, the market has been buying up NNN REITs with bond yields dwindling.  This results in many of the triple nets being overpriced.

VICI is a triple net REIT that is not yet recognized as a triple net REIT.  The market considers it a casino REIT and has thereby not bid it up in search of yield.  Mechanically, however, VICI is as triple net as it gets with 15 year contractual cashflows protected by a master lease.

Since it has not been bought up with the rest, VICI offers higher yield at a better valuation. 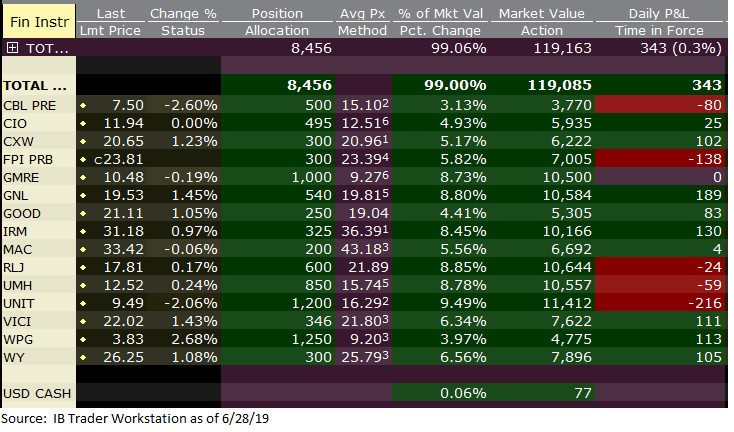 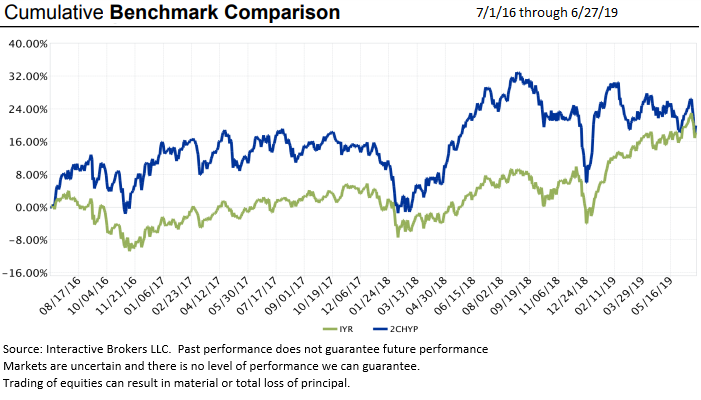