Between earnings reports there is fairly little fundamental news that is company specific.  This causes market price movements to dominate the narrative and it is easy to read into falling prices and think something is wrong.  Earnings bring fundamentals back into focus and give REITs a chance to show the market that operations are healthy even if their share prices may be suffering.  Our REITs start reporting in the coming weeks but 2 important early reporting REITs have already released earnings; Prologis (PLD) and SL Green (SLG).

The Prologis report was merely a confirmation of what was already expected to be the case.  Industrial REITs have been up as the sector is in favor and PLD confirmed that fundamentals for the sector still look good.

SLG was closer to the vindication the title of this update refers to.  SLG along with just about every other office REIT had been selling down on the market’s fears of changing company cultures reducing demand for office space.  While true, there is a counterbalance in the generally strong economy and low unemployment that is increasing the rent office REITs can charge.  SLG reported some truly impressive re-leasing spreads that were in some cases over +30%.  Well located and high quality real estate still commands a premium.

Fears can swirl in the absence of information, but when earnings come out it is the fundamentals that matter.  SLG got a nice pop from its release and I think that could be a trend in some of the more beaten down REIT sectors.

Based on the macro data that has been coming in, I think most of our REITs will perform better than market prices are indicating.  I will undoubtedly by wrong on some of them, but when the worst case scenario is largely priced in, the reward to risk ratio looks favorable. 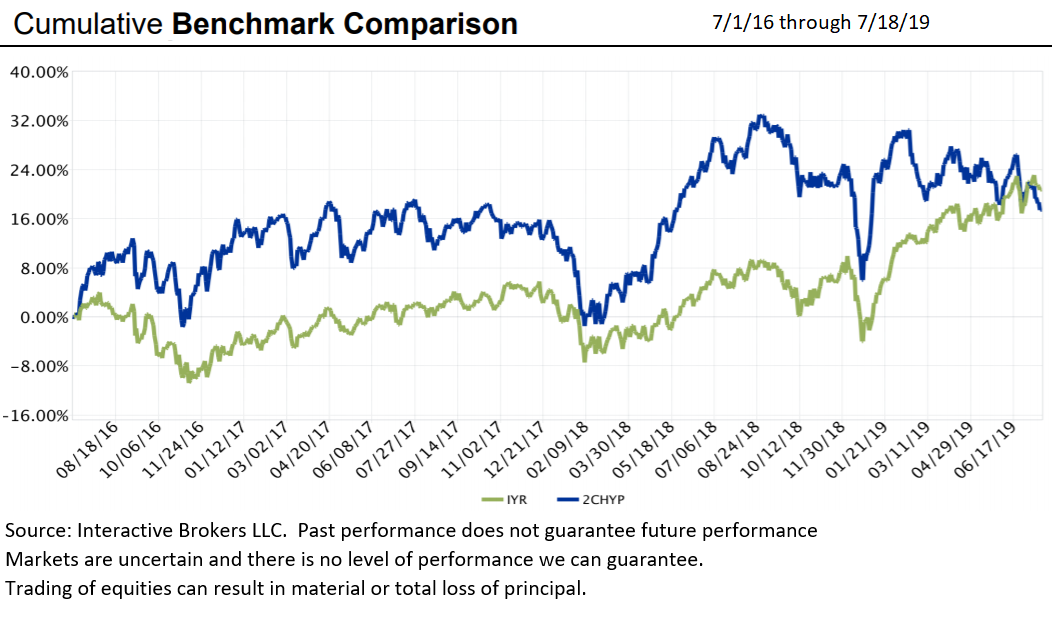