As I am sure you are already aware, the trade war with China escalated significantly this week as China’s currency was allowed to devalue relative to the dollar, crossing the psychologically important 7 to 1 threshold.  Additionally, there were some rumors that are unconfirmed but likely true that the Chinese government has taken steps to block agricultural imports from the U.S.

The weaker Chinese currency makes their exports more viable and discourages them from importing.  I believe this was done as an attempt to improve China’s trade surplus.  To some extent, it cancels out the impact of the tariffs.  When an American buys a good from China they are now paying a 10% tariff, but due to the weakened Chinese currency, the tariff is being paid on a reduced nominal price.  These forces offset and largely cancel out.

What is not canceled out is the wealth destruction within China.  Overnight, Chinese people lost a significant percentage of their purchasing power.  If they fear further destabilization of the currency, there may be a flight to hard assets overseas.  In the past, when capital has fled China it went into U.S. class A real estate in Primary markets like L.A., Miami, and NYC.  This could potentially lower cap rates which are already getting lower due to the drop in 10 year treasury rates.

This bodes well for the NAV of REITs.  As cap rates fall, real estate values rise.

The possible blocking of agricultural imports may have a negative impact on U.S. farmers for fairly obvious reasons.  I want to emphasize that this is not why we sold FPI this week.  Farmland Partners continues to have an excellent long term outlook due to the disparity in value of its assets and market price.  We sold FPI because it was up about 12% on the day of its 2Q conference call.  The report was fine, but market reactions have become extreme, moving far too much on small news items.  Rather than falling victim to the increased volatility, we like to take advantage of it.  The market’s oversized reaction function gifted us a nice trading opportunity.  If FPI falls back down, we would be happy to get back in. 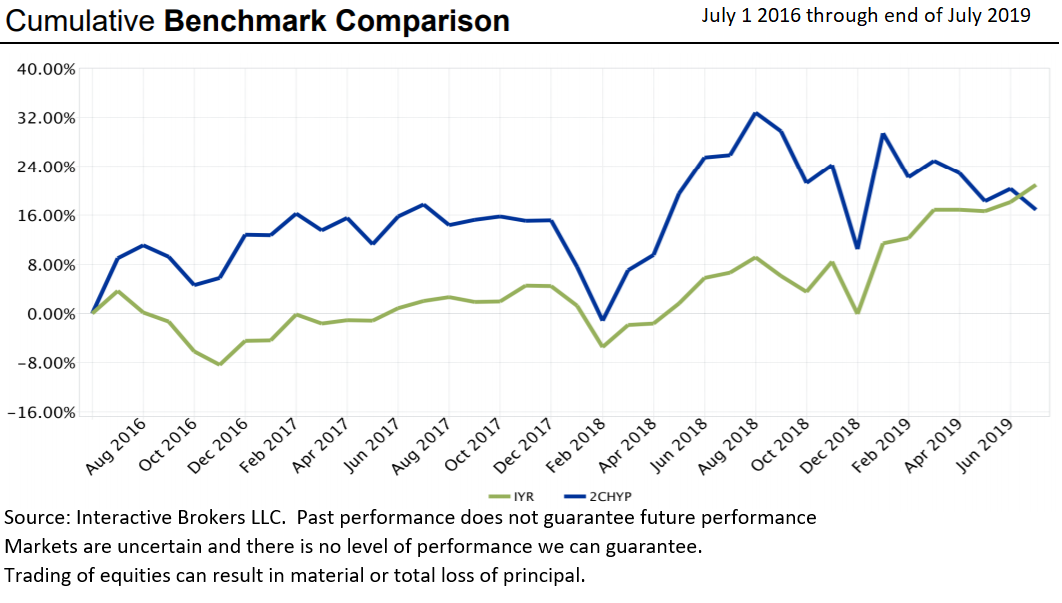