We sold a portion of 2CHYP’s Core Civic today and I want to dive a bit deeper as to why.  I recognize that prison reform is a politically sensitive topic, but I will attempt to address the issue in a non-political way.  Instead, I will merely discuss how the issues may influence financial value and stock price.

There has been significant news regarding the private prison sector with 2 major items:

The sentencing reform legislation is intended to reduce sentence length for non-violent offenses and reduce recidivism with improved re-entry preparations.

This legislation is both good and bad for CXW.  The reduced sentence length could theoretically reduce the inmate population over a long stretch of time which would in turn reduce demand for CXW’s properties.  On the positive side, CXW is expanding its re-entry and rehabilitation business which could benefit from the portions of the legislation that attempt to reduce recidivism and promote employment opportunity.

The second piece of news, Warren’s investigation of the industry, is probably a bad thing for CXW.  In discussing this, I want to be clear to separate the impact on market pricing from the fundamental impact.

I do not think it will have any material fundamental impact as similar studies and investigations have been conducted for decades.  Prison is a rough place and bad things happen in both publicly run and privately run prisons.  However, there could be material impacts to market price as the focus on the topic is likely to influence public perception and the optics of investing in the industry.  California pension funds have already announced that they are dumping CXW shares, a move that, in my opinion, is likely motivated by political optics.  With more attention on the uglier aspects of the industry, I see it as quite plausible that other publicly influenced holders may follow suit.

Thus, I anticipate a period of increased volatility for the stock.  We sold a portion of our position as having room to buy more lends opportunity to downward spikes in price while retaining some shares provides exposure to CXW’s strong fundamental value.

Even in this rocky environment, we are projecting significant FFO/share growth which is quite opportunistic given the low multiple at which CXW trades. 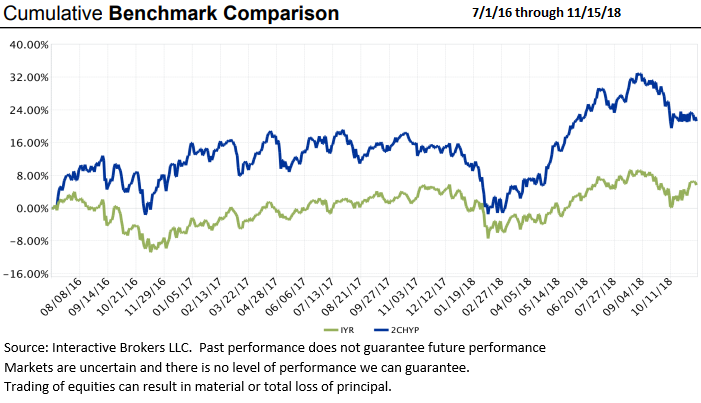