Was that the bottom?

One can never know the bottom of a bear market while it is happening.  A bottom can only be definitively identified post hoc with the benefit of hindsight and a demonstrated rally that is already in the books.  Thus, when I suggest that this might be the bottom there is huge room for error in that statement.  There are, however, a series of reasons why I think this may have been the bottom.

As shown by the continued drop after REITs were already cheap, favorable valuation does not always make the market go up, but when the value gets deep enough, it creates upward pressure.  REITs are now trading at multiples that imply little or no growth, while fundamentals still show growth.  This should serve as an upward catalyst in earnings season.

One of the weakest sections of REITs has been retail and preliminary data portends good things ahead.  From November 1st through Christmas Eve, retail sales were up 5.1% to over $850B according to data from Mastercard SpendingPulse.  Mall REITs often have participating rent so these strong sales should translate to healthy 4Q18 earnings. 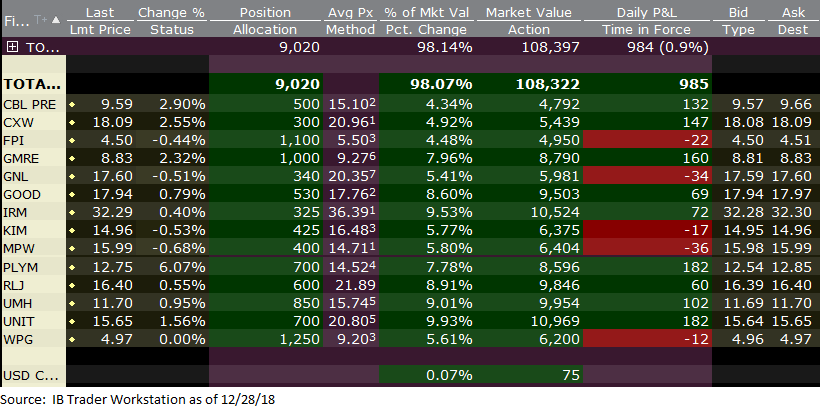 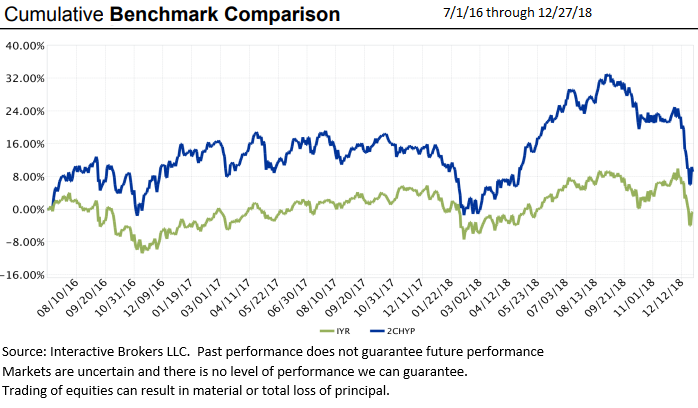